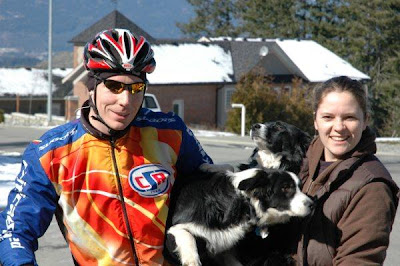 Okay, not quite what you might think. I am working through the craft show schedule just now trying to figure out where I can go and make my mortgage money during the christmas season without losing my shirt! How would anyone separate myself from my shirt, you ask?? The craft show ((that a fellow vendor at the Farmer's Market runs, who is very nice and sells onions and carrots with the rest of us every saturday)) has the audacity to request $720 for three days in a stall that is 10 feet by 6, almost the smallest spot they offer.
A quick calculation adding gas and food for the 125 km round trip gives me a rough total of a thousand dollars before I have sold a pot. Then you take into account the fact that clay and glazes cost a lot of money, not to mention how much of the christmas bonuses paid out to the executives at BC HYDRO comes in the form of the massive kilowatt charges that my kiln gobbles up making mugs!!
If I sell my art work for twice the price I pay for raw materials (not that that is how I figure it out) I would actually have to sell $2000 worth of pots in those three days to take home $500. Again, read previous blog rants, the money goes from your carefully guarded pocket into a lovely mug, then into my hand and then gets torn in half and given to "ENTER NAME OF RANDOM CRAFT SHOW HERE" and then bc hydro and I arm wrestle over the last few coins after the mortgage has bitten off what it could chew!

This is the real reason that I have my own show every year. This year will be the FOURTH annual Trial By Fire Pottery Show and it will be on the last weekend of November 2010. I rent the Clements Centre (who uses the money to help disabled persons and their families) and pay for some advertising and use the free ones and then each person who comes out to buy the perfect little jug for cranberry sauce {that goes in the oven to keep it hot while you mash the potatoes and then goes in the dishwasher once the sauce has been licked off the outside so that you can get on with the family stuff} I can buy more clay and stay in the mud through another winter.

I have found a couple of Christmas Shows that are affordable and well organized and have a decent of return on your investment. I will post an official list of shows where people can come and find me during November and December this year. So far I am in Christmas Chaos and the Providence Farm Christmas Show both in Duncan both very nice shows and well organized although the Christmas Chaos Craft Fair has absolutely NO WEB PRESENCE and doesn't even ruffle a feather in google.
I am going away for a while with Dave to support his Ironman Triathlon in Penticton and look forward to seeing some family during and after the event. We are going to make a trip out of it and stay with my sister in Canmore for a few days and hopefully have some nice chats over a cool beer with both of our sets of parents and siblings. For now I have to trim and handle some mugs that will dry slowly in the damp shelves while we are away and harvest the chick peas and set them in the sun to dry so I can plant them next year and grow some more. Then I have to pack for myself, the dogs and for the cat to stay here, while trying to encourage Dave to remain calm and laugh a lot so as to avoid turning into "race dave" which he hasn't been doing for the last few years. I must add lastly that I will try to relax while I am away as I have realized that working for 25 cents an hour from home has turned me into a bit of a work-a-holic who might just need a vacation with my super fit husband.
The beautiful photo was taken last winter during one of Dave's hundreds of training rides by his dad, Lloyd. So there, it does snow a little here if you get up the 'mountains' high enough! 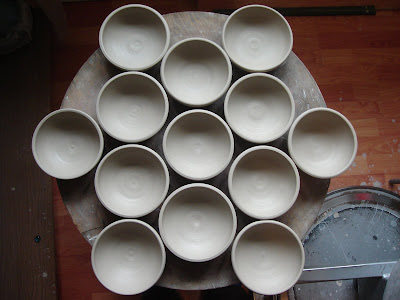 Frankly, I will keep making pots that are lovingly referred to by complete strangers as "everyday pottery, that you would just take for granted" hearing that at the festival I was at on Monday made my heart grow two whole sizes. Imagine the perfect mug, whose shape settles into your hand as though made specially for you, the glaze is smooth and pleasant to the tongue and lips and you make tea or coffee each morning for that perfect mug that you bought from some woman at a Market, or the lidded casserole that you bake brie in for girls night at your house, or maybe you have a huge bowl that you make bread in for special occasions, you really didn't have that much money but it has been a beautiful part of your kitchen for years and years. If all I ever make is pleasant pots that really work for people and last for years, I am deeply satisfied, others may happily continue to fill that hole in the backyard while I take your $20 bill to the store and buy more clay to make another pleasant pot.
On my studio walls there are sticky notes with sayings on them and this one fits here well:
"We can do no great things , only small things with great love." ~ Mother Teresa
PS Hello to Charlene an artist trapped in a cubicle which pays for her home, welcome to the conversation!
Posted by Trial By Fire Pottery at 5:26 PM No comments: