Rant: What Exactly i Believe In 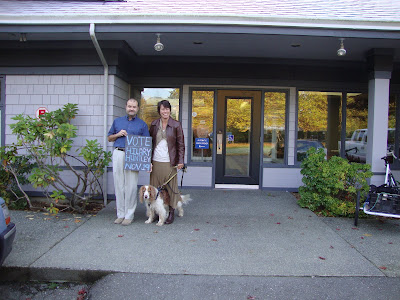 A very thoughtful friend of mine held my chalkboard sign in support of my running for North Cowichan Council and then asked me if i would take a few moments to write down just exactly i was standing for. It was a good thing to chew on while i cycled home in the late morning soft sunlight.

~i am running as a person who loves the forest, for walking, retaining and building soil, for housing a wide variety of creatures, cleaning the air, mountain biking and for groups of little school kids to walk in to find the perfect Big Leaf Maple leaves for their art project:

~i believe in asking people to explain complex systems to me so that i may have a working understanding of topics like the situation that is facing our water wells, some folks have spent their entire adult life studying these highly specific topics and we should be sourcing them instead of lobbyists who have a development agenda:

~i believe in fresh water, to jump in at the Quarry, to drink, and that we need to build and support our marsh land so it can continue to clean and slow down the water so our towns and homes don't flood:

~i believe in small businesses, like my own, contributing more than just a pay cheque to a few people but that you know the person who owns the store because they come in to work everyday and talk with the customers and have a friendship with their employees, the quality of life is better for everyone:

~i believe in the arts, not a vague idea that paintings, pottery and music exist but in spending money on a theatre program where i can go watch an actor pour out their heart and communicate things that make the audience cry and laugh, art that helps to heal the artist and the consumer! art that brightens up a room and pays the mortgage! a tiny volounteer run art gallery where all sorts of artists can rotate through and announcements of shows and performances can be posted free of charge:

~i believe that our garbage should be reduced until all we take away in those trucks is recycled and re-used and composted which actually creates jobs here and topsoil or mulch instead of sending our junk to other places to sit on the land until it seeps into every corner of our ecosystem with awful consequences for our land and water creatures that end up ingesting our waste:

~i believe that if someone is going to cut down a forest to build houses, all the regulatory hoops simply must be jumped through, if this occurred here we would have had the money needed to replant the giant gash on Mount Tzouhalem which has been a blatant example of poor outcomes without proper regulation for the last several years:

~i believe that responsible government doesn't spend thousands (48K) of tax payers dollars to tell everyone about decisions, that appear to have already been made, are "good " for us:

~i believe that meetings were invented to seek out compromises that give and take so that all involved are listened to and respected, and in the end everyone can understand why decisions were made:

~i believe that more work needs to be done (like the active transportation plan currently being studied) to get people out of their cars and walking and cycling, simple things like having the trails and sidewalks meet up and 'go places' that people want to go, a walk or ride everyday can help with other seemingly unrelated things like the duration of hospital stays and Seasonal Affective Disorder, it can teach children that they can be empowered to transport themselves with their feet instead of being endlessly driven around strapped to a vehicle:

~i believe in open dialogue which is made up of mostly listening (again with the two ears and one mouth! thing) both at official meetings and on the street corner or over a coffee, actually listening to people and trying hard to understand what the local government can do to help, some of the time (as a market vendor told me Saturday) the government just needs to get out of the way!!

~i believe that if we had a cat licencing bylaw, while possibly unpopular, it would slowly fix the problem of hundreds of cats becoming feral, why are we having a discussion at Council about HOW to kill the cats (one method over another) and how to PAY to kill the cats, we should be talking about how to STOP having more kittens and Calgary's example is working beautifully and it breaks even financially between the licence fees and the spay neuter program:

~i believe that other towns and municipalities have already done the trial and error work and we can read and implement solutions that are already proven effective instead of reinventing the wheel that every time we'd like to make a change or go in a new direction:
~i believe that we should grow our food here in the valley, this is gut busting work for sure and the best part is that you don't have to do it!! there are a lot of small produce farms here that grow piles of food already, those folks are at your Duncan Farmers' Market every Saturday, waiting for you to bring your cloth shopping bag and a couple of dollars, the flow of money spent at Markets was studied by the BC Association of Farmers' Markets and found that every dollar spent at the Farmers' Market is spent SEVEN more times in the local economy, few other purchases can boast that sort of ripple effect:

~i believe in community gardens! potluck lunches made of food you grew, eating meals together and seeking out solutions that haven't even been dreamed yet, gleaning fruit from the old trees that are long since abandoned:

~i believe that we should have been putting money away to rebuild our Hospital since the 1950's when it was built, we would have no problem building a new hospital if we had been tucking away a fund with a reasonable level of interest, why not start now for the aged bridges that need to be replaced according to the engineers that do the inspections:

~i believe that democracy should be free!! it should not matter if someone has a huge budget for signs and paper handouts, i am not accepting money from anyone and i am not producing any garbage (paper/plastic) and am not consuming ANY gasoline in my effort to get elected:
~i believe in street sweepers regularly cleaning the bike lanes to pick up all that glass that gets in my eyes when i ride into town for work and makes me VERY late for meetings when i get a flat tire, imagine if there was an obstruction in the vehicle lane that flattened the tires of cars and how quickly that would be fixed at any cost!!:


~i believe that if you hire me to read the documents, listen to people that email and call, and attend the meetings: that is exactly what i will do but this is not up to me alone, i am only one vote and we need to hire 6 councillors who will attend the meetings:

~i believe that change toward a future with a healthy economy, clean water, affordable housing, healthy urban density, and breathable air is possible and there are some new people with a lot of hard work and great ideas like the ones i have typed and posted here, but it starts with you. It also ends with you: in a tiny booth with a piece of paper and a lot of names. It's your turn: Choose!
Posted by Trial By Fire Pottery at 1:21 PM